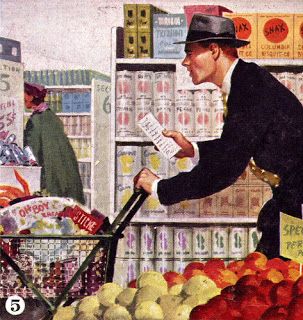 A husband is always considered to be the man of the house and the breadwinner while the while wife is expected to do the house chores and look after the welfare of their children. This is the very notion that I am going to challenge in this post.  In my opinion, the husband and wife, irrespective of who goes out and earns and who takes care of the kids, are both breadwinners. Take a moment and think about it. Even in the 21st century, we live in a patriarchal society where men are the decision makers of the family while women have no say. Our society still feels that looking after a house doesn’t take much effort. Only if they knew…

However, in today’s fast moving, modern and contemporary life, families have started accepting the changes, women are given better opportunities while men are choosing to look after their children and work from home. This concept is not unheard of, yet not readily accepted.

Recent figures from the Office for National Statistics show that there are 192,000 house husbands in the U.K compared to 119,000 16 years ago. Today, fathers are often closer to their offsprings than ever before, but equally there are thousands of children growing up without any contact with a loving male. ”Whether it’s changing a nappy, or reading a story, the average father is more involved in his children’s lives than he was 30, 40 or 50 years ago,” says Professor Jay Belsky, director of The Institute for the Study of Children at Birkbeck.

I read an article by Stu Gray, on The Huffington Post, where he described his journey on how being the work-from parent and stay-at home father has not only made him a better father but also a better husband. He mentioned 5  ways that has made his relationship with his son and wife stronger.

He concluded by saying that though there are few individuals who look at this as the end of the traditional system, and he is delighted to work from home and spend more time with his son.

Dear ladies, how do you feel after reading this? . Would you like to be with a house-husband? Send in your comments and questions, we’d love to hear your views.